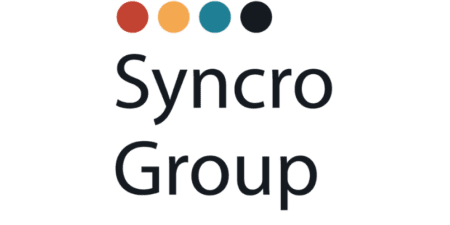 Pernille C Lotus is a serial entrepreneur and became the co-founder of her first company within digital business in 2009. Her strongest competence is within digital marketing and sales and all her companies has been within the e-commerce and social selling area. Pernille has built several companies where she was one of the first to use the sales power from people with a strong following on blogs and Instagram, linking to products and services on e-commerce platforms. Following proof of concept from social selling, the business case became clear about starting an Influencer agency as the market was more than ready for this. Pernille started SMAC Agency in 2015 with 12 of the biggest influencers in Denmark. One year later she represented more than 80 influencers. In 2019 she merged her two companies, SMAC Agency and HIPPO Management, with one of Sweden's largest Influencer Marketing agencies WeAreCube and became managing director of the Danish division of WeAreCube.

Since Magnus Winterman became Group CEO on January 1 this year, a review of improvement potential has been conducted, to ensure that the continued growth journey is executed in the most business-efficient way.

Sales and digital marketing occupy the group management's focus to a great extent, and those areas will now further be strengthened through Pernille in close collaboration with all companies within the Group.

"I feel humble and very proud that the group management team of Syncro Group identified my competences and personality as an add-on to the present set-up. I feel strongly about the possibility to help and further improve within the sales and marketing areas, in all of Syncro Group. I look forward to this journey and my personal passion for helping us all to the next level is at the highest." says Pernille C Lotus, managing director WeAreCube Denmark.

"With her solid knowledge and experience within digital marketing and sales, Pernille will add important elements of competence valuable for Syncro Group as a whole. With Pernille as part of the group management team, we strengthen our capacity to continue to drive Syncro Group forward along its' growth strategy. Syncro Group is a fast-growing company, active within growth markets where we must be in the very forefront within all areas and lead within the areas we chose to establish or widen ourselves within." says Magnus Winterman, Group CEO Syncro Group.

Magnus Winterman has extensive experience from start-ups, scale-ups as well as from larger companies, and has participated in bringing companies to the public stock market. Magnus also established the Danish CMS provider, Sitecore, in Sweden, brought the real-time information provider, SIX, into Norway, and has been the General Manager of the hosting operations within Nasdaq OMX, to name a few.

Fredrik Gnosspelius has held positions such as Facilities Manager Scandinavia at Team Olivia with approximately 200 business units throughout the region, Head of Procurement & Facility Management at Academedia, as well as extensive experience within operational excellence.